The Power of a DOT Airline Complaint

Here at Trip Tiger, we are big fans of the US Department of Transportation, the arm of the federal government tasked with providing the country with the safest and most efficient air travel system possible. Although we think that there is more to be done in the area of airline consumer protections, the DOT is very well intentioned and do what they can within the limitations of their strict regulations. If something goes wrong with your flight, you should consider filing a complaint with the DOT. Read on to learn why. 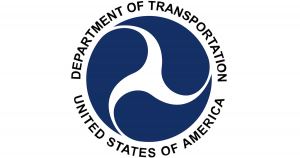 The DOT is the best and only way to ensure that an airline customer’s complaint is heard and counted. That’s why we recommend that, in addition to complaining to the airline, customers should also reach out to the DOT with their complaint. This post will explain what a complaint to the DOT does.

What Does Submitting a DOT Airline Complaint Actually Do?

The most important thing that a complaint to the DOT does is ensure that your issue has a meaningful impact on the airline that caused the disruption, and hopefully encourages them to improve.

When you complain to an airline, you’re basically complaining to a black box. Yes, they will receive your complaint and respond. But the only ones who know about your complaint are you and the airline. The airline is not required to publicize how many or what types of complaints they receive, and they don’t.

DOT Complaints and the Impact on Airlines

The DOT does, however, keep track of and provide to the public summaries and rankings of the number and types of complaints they receive about airlines. While that may seem like a trivial thing, it’s not. These rankings are really the best public resources for comparing performance between airlines.

DOT rankings are therefore the primary resource that the media use when writing stories that rank or compare airline performance. Stories like the Wall Street Journal’s “The Best and Worst Airlines of 2020”, an annual story which is often cited by other publications and websites as the authority on airline rankings. To be sure, these DOT complaint rankings are something that airlines keep track of very closely. They care about these complaints. A lot.

The DOT report is also used by some airlines as a factor in executive performance-based pay. The better the airline’s performance compared to their peers, the more the people at the top get paid.

Still, only a small portion of airline complaints get sent to the DOT (far less than 1% by our estimates). So, each and every complaint that goes to the DOT carries much more weight than one that does not.

With all of this, airlines can be motivated to improve in areas where they are seeing the most DOT complaints. By submitting a complaint to the DOT, not only is your voice being heard, but you are participating in a process designed to help and encourage airlines to improve.

The DOT does not Help Resolve Your Travel Issues

That said, we want to be clear that there is one thing a complaint to the DOT will not do. Except for highly regulated disability complaints, the DOT won’t intervene to ensure that the response you get from an airline is appropriate. They will track your complaint, send it to the appropriate airline, and move on to the next complaint. They will not even ask the airline for a copy of their response to you.

That’s where Trip Tiger comes in. When you engage our service, we will evaluate your issue, submit your complaint to the airline, and ensure that the resolution you get from the airline is appropriate. Also, for an additional $10, we can file your complaint with the DOT as well. If you’ve had a bad flying experience, head to our home page to find out how Trip Tiger can help!