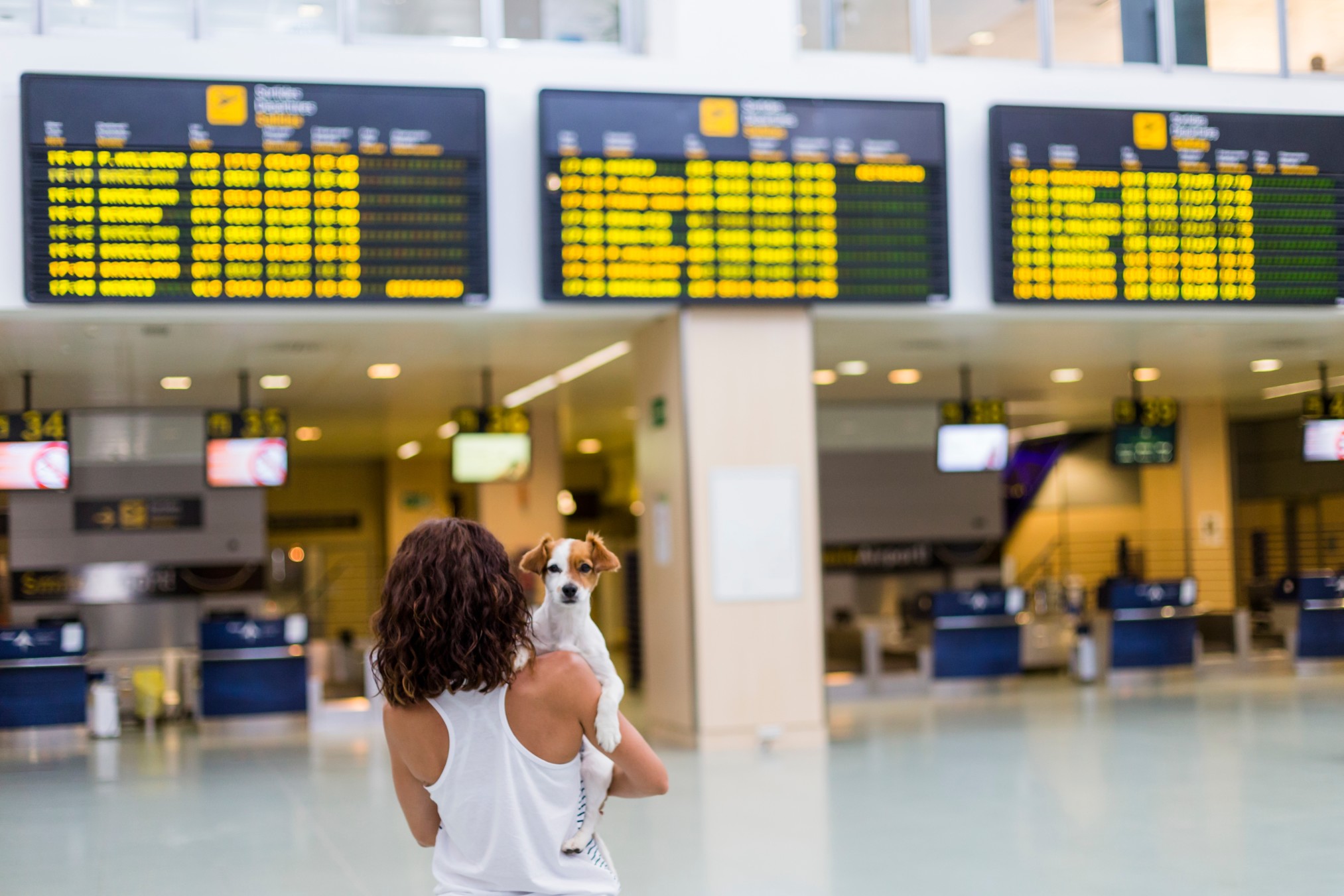 Airline Compensation: What to Expect and Knowing Your Rights

You’ve been wronged by an airline. Perhaps your flight was delayed or canceled and you missed that important event. Maybe your bag (and your stuff!) was delayed, damaged or lost forever. Maybe you were just treated downright unfairly. Whatever the reason, it’s clear to you that the airline owes you something… compensation, a refund, or just an apology. But how do you know what you are entitled to?

The good and bad with airline compensation

First, the bad news. As long as the airline managed to get you from Point A to Point B (by any means… plane, car, bus, or boat), you’re probably not entitled to anything from the airline.

Specifically, this article will cover:

Before we begin, we should note that this blog post focuses on travel within the US. Travel outside of the US is generally covered by different rules and regulations (checkout this article by Nicky Kelvin at The Points Guy on EU261 compensation), which we’ll cover in a later blog post.

Air travel within the US is governed in two ways: The US Department of Transportation (which regulates air carriers) and the contract with the airline that you agree to when purchasing the ticket (the “Contract of Carriage”). The former is designed to protect you, the latter is designed to protect the airline. It’s probably easy for you to guess which one of these is longer and more complicated when it comes to passenger rights.

The US Department of Transportation (DOT) governs a lot (A LOT) of aspects of an airline’s business, including passenger rights. The DOT website’s “Fly Rights” section has a pretty comprehensive list of air travel tips and tricks, but it’s pretty light on airline compensation requirements. In fact, the last resort recommendation isn’t even a process that the DOT oversees; it’s a suggestion that you the flyer take the airline to small claims court if you feel that you have not been treated fairly by the airline. Who has time for that?!

A quick read of the DOT’s Fly Rights page and any airline’s Contract of Carriage will quickly show that a passenger’s rights are few and an airline’s rights are many. But your chances of receiving compensation from an airline after a flight gone wrong may not be as bad as you think. Keeping reading to find out more!

Your Legal Rights to Airline Compensation

Were you denied boarding against your wishes because the airline sold more tickets for the flight than they had seats on the plane? Or, did the airline lose, delay, or damage your baggage or its contents? If so, consider yourself lucky. Well, maybe not lucky. But you have found yourself in one of the mere two (that’s right, two) scenarios where an airline legally owes you compensation.

Airlines often sell more tickets for a particular flight than they have seats. There are a variety of reasons why airlines do this, and typically on the day of departure there ends up being enough seats for everybody. But, on that rare occasion when more people show up for a flight than there are seats on the plane, and the airline can’t get enough people to volunteer to take an alternate flight (in exchange for compensation such as a voucher or gift card), then the airline will involuntarily deny customers boarding until they have enough seats.

When this happens, those customers that were involuntarily denied boarding are owed cash (or check) compensation. The amount of compensation is calculated based on the fare of the ticket and the amount of time the customer will be delayed getting to their final destination. More details will be available in our Denied Boarding blog post (coming soon).

Compensation for Lost or Damaged Baggage

The second scenario where airlines are required to offer compensation is when they lose or damage your baggage or belongings. Generally, “lost” here means lost forever, not simply delayed. “Damaged” means damaged as a direct result of an airline’s rough handling as they are not legally required take responsibility for fragile items or items improperly packed.

Once an airline declares a bag permanently lost, or once they take responsibility for damage or missing items, they will generally have you fill out a more detailed claim, then either pay you the depreciated value of the lost or damaged items, or pay for repairs.

The DOT controls the amount of financial liability that an airline is responsible for when it comes to lost or damaged bags on domestic flights. That limit is currently set at $3,500 per passenger. Remember, these are maximums – the amount of any settlement will depend on the nature of the claim.

You might be inclined here to fudge your claim a bit to get the maximum payout. However, this isn’t advisable. Airlines will often require receipts for purchases, and any claim deemed fraudulent may be denied outright, or in extreme cases you could get into legal trouble. Best advice here is to be honest and walk away with what you’re entitled too.

And that’s it. There is your comprehensive list of the two scenarios where the US Department of Transportation says you’re owed compensation from an airline. We cover these details and more in our dedicated blog post about airline checked baggage compensation.

Why Most Situations Don’t Require Compensation

So, why are airlines not on the financial hook for most problems that arise during air travel? The short answer is that the US Department of Transportation, for whatever reason, has not mandated that airlines provide compensation for things like delays, cancellations, or other disruptions.

In fact, since airlines are not mandated by the government to provide compensation, they have gone a step further in their contracts with their customers and specifically exempted themselves from liability for things like delays and cancellations.

Take, for example, the United Airlines Contract of Carriage. In the Flight Delays/Cancellations/Aircraft Changes section, United lays out explicitly that “UA shall not be liable for failing to operate any flight according to schedule, or for any change in flight schedule, with or without notice to the passenger.” United is not unique here; all carriers have similar verbiage limiting their liability.

That’s not to say, however, that an airline’s Contract of Carriage doesn’t have any consumer protections whatsoever. For instance, most do have provisions outlining what the airline will do to meet the immediate needs of customers during delays or cancellations that are considered within their control. Think mechanical cancellations and the like (not weather). In these situations, depending on the nature and length of disruption, customers will generally be offered food and hotel rooms for their trouble.

But, airlines will almost uniformly deny liability for financial losses or time lost that result from delays or cancellations – no matter the reason for the operational issue. Miss that important sales meeting? Miss your aunt’s wedding? Too bad. There is no DOT regulation or stipulation in an airline’s Contract of Carriage that entitles you to anything.

Your Options when Compensation is not Required

As we’ve outlined above, if you were hoping for regulatory or contractual recourse from a flight delay, you’re probably out of luck.

That said, airlines have whole departments dedicated to responding to customer complaints. They have to. While the DOT is short on compensation requirements, they do require that airlines respond personally to each and every customer complaint that they receive.

For the most part, and despite what you might think, airlines really do care about the plight of their customers, and they staff their customer relations offices with people capable of solving problems. Of course they have to act within the bounds of certain guidelines, but most really do want to help. And remember, these are humans fielding complaints; often humans that have chosen to work in a field where their primary job solving problems and hopefully convincing customers to fly on their airline again.

That’s where “goodwill compensation” comes in to play. Although not legally required, customer relations reps are generally permitted to offer goodwill compensation to customers in certain situations. More info on what scenarios are considered for goodwill compensation will be discussed in our upcoming blog post on that topic, but generally these include areas where a customer’s problem could have been prevented by the airline. Think mechanical delays, ticket agent errors, etc.

Trip Tiger can handle your complaint or compensation request for you

So, what’s the best approach to take when complaining to an airline? We’d be remiss if we didn’t plug Trip Tiger here. We take on the burden of filing airline complaints or refund requests on behalf of our customers. With decades of experience in the industry, we know what to say to ensure that your complaint is conveyed effectively.

Tips for requesting airline compensation on your own

If you decide to ask for compensation from the airline yourself that’s ok. Here are some tips to follow for the possible outcome:

The old adage is true… you catch more flies with honey. Be firm, but respectful when communicating in person or in writing. AVOID ALL CAPS!

Provide as many details as possible

The more information you provide reduces the likelihood that the airline will come back to you for more details. Worse yet, they may send you a general apology and consider the matter closed if your information is incomplete.

This may seem like it runs contrary to the above, but it’s possible to achieve both. Most airline web forms have a character limitation* to try to force you to limit the length of your email. Convey your issue in as few words as possible to get your point across and avoid duplicating information.

* When you ask Trip Tiger to handle your complaint, we have no character limitation. Part of our service is taking everything that you give us and creating an effective message to the airline.

Are you just looking for an apology and assurances that your complaint will be handled appropriately? Do you want reimbursement for an expense? Are you seeking goodwill compensation? Tell them so.

Be reasonable in your request

If the airline got you to your destination there is almost zero chance they will honor a request for a full refund. If your request would be considered unreasonable to an unbiased observer*, it’s more likely to be denied than if your request was more reasonable.

* When you hire Trip Tiger, our first step is to follow up with you to give you an evaluation of your complaint and our recommended approach. We’ll reach out to you with our assessment before we contact an airline, and we have the experience to know what type of compensation to seek given the circumstances of your complaint.